The Health Benefits of Honey

Honey is Good for You 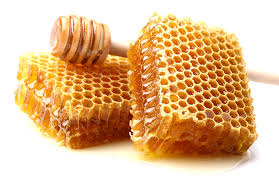 Over the years honey has evolved into one of the most popular alternative treatments for a variety of ailments including gastrointestinal problems, skin ulcers and wounds, eczema, respiratory disease, dandruff and urinary diseases. Studies prove that honey can help prevent the progress of germs, viruses and its use is now widespread in the treatment of these complaints. The benefits of honey as a cure for ailments became known at almost the same time as it was becoming to be used as a sweetener.

The rich substance has many beneficial ingredients and almost two hundred are recognised. Enzymes are present together with organic acids, phenolics and peptides. It is these ingredidients which lead to the antioxidant effect of the honey. Other ingredients are oligosaccharides, alpha-tocopherol, minerals and salicylic acid. Blood pressure is reduced, and honey also helps lower cholesterol. There is a reduction of toxic metabolites in the digestive system and good organisms are increased in the colon.

The antioxident effects of the substance can differ greatly according to the origin of the plant and the differing methods of manufacture. Whatever pollen is used as the bees original source will determine the phenolic content. Antioxident levels can usually be calculated by the depth of color. A deeper darker color will indicate a higher level of antioxident than a weaker, paler color. 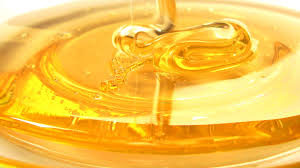 It is well known that to keep a sensible blood sugar level promotes good general wellbeing and the use of honey as a sweetener can assist in this outcome. During a test carried out on forty female and male athletes following exercise they ate a protein additive mixed with sugar or maltodextrine or in some cases honey. Those that ate the additive mixed with honey experienced muscle recovery much quicker and kept up their blood sugar levels for two hours following the exercise. The participants that ate protein additive mixed with maltodextrine or sugar did not have such a good result.

Orange blossom, clover and buckwheat honey are amongst over three hundred varieties in North America. A darker color will have a stronger flavour than a lighter one.

If the general population started using honey as a replacement to sugar then the beneficial effect of raising antioxident levels will be experienced giving rise to an overall general improvement in health. It should be noted that honey should not be given to a child under the age of a year as a proportion of honey contains botulism spores and these can cause illness in young children.

A test carried out in India used honey as a treatment for burns. It was shown that the ingredients in honey assisted with healing and helped prevent infection.