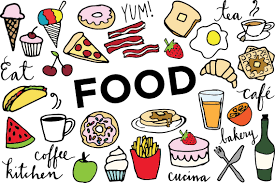 Before the harnessing of fire, humans ate raw foods, and for a long time after the implementation of agriculture, humans ate mostly raw foods. Pasteurization was not invented until 1862, and within only a century much of the world switched to an almost entirely un-living diet, not on par with evolution, paving the way for the prevalence of modern health problems like diabetes, obesity and colon cancer. Eating raw, organic, living foods is an attempt to balance our primitive bodies with a food culture that changed too fast. As usual, our earthly bodies need time to adjust to technological innovations from our brains’ natural desire for efficiency. Likewise, it is important to reintegrate raw foods into your own diet gradually.

Living foods are either eaten raw, fermented, sprouted, juiced, blended, or dried slowly. Juiced or blended foods are eaten immediately after preparation, as some nutrients, such as vitamin C, are lost otherwise. Cooking renders food less nutritious, destroying many phytonutrients, antioxidants and enzymes necessary for their assimilation into the body.

Our ancestors began cooking their food by whatever intuition, and later it was scientifically documented that this practice makes food safer. While it does kill useful parts of food, it also kills bacteria that could be harmful. It is important that raw foods be organic and washed, and that fermented foods have been processed properly.

It used to be that most foods were fermented foods, such as the nursery rhyme, “pease porridge in the pot nine days old.” Lactose intolerance was not a large issue until pasteurization, and many people who are lactose intolerant can take yogurt or kefir milk with no problems. Healthy bacteria in fermented foods populate the intestines, aiding the processes of digestion and making it more difficult for unhealthy bacteria, such as helicobacter pylori (the bacteria that causes ulcers) to grow. 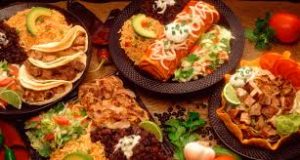 The book Wild Fermentation by Sandor Ellix Katz helped me to overcome my fear of making fermented foods in my own kitchen. I like to make sauerkraut, farmer’s cheese and ginger ale.

A raw food diet is very purifying. When you first begin to increase the proportion of raw foods you consume, you may experience unpleasant symptoms of detoxification, such as headache, fatigue, body odor, and acne. But these symptoms are short-term and within a few months you will be more vibrantly healthy, more in tune with nature, more in love with life than ever before!

This is the optimum result of eating living foods, but it is important not to go to extremes. If you don’t feel healthy on raw foods, add something cooked. There are, in fact, some nutrients, such as the beta carotene in carrots and the lycopene in tomatoes, that are more available when the food is cooked. If you suspect a deficiency, rectify it. Eating should be part of a conscious response to your body’s needs. It should not be rushed or forced, but balanced. Please listen to your body.