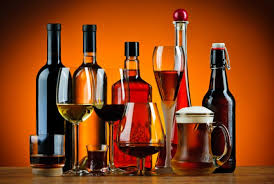 I’ve heard for quite a while that one glass of red wine is good for the heart. Since this piece of medical information has withstood the test of time, I’m apt to believe in its validity. But over time, doctors and scientists seem to go back and forth over the kinds of things that are harmful-or helpful-to humans. Alcohol appears to be a tricky element, the various kinds affecting the body in ways that can either damage the liver to the point of disrepair, or improve its function in some incremental way. Here are some interesting things I’ve discovered about the consumption of alcohol. Perhaps you’ll rethink that glass of Pinot, and substitute with a healthy ale.

I had no idea that people who drank alcohol moderately every day, have less risk of developing dementia. An interesting experiment revealed that older adults who consumed alcohol moderately, had a slower progression of dementia. The study was conducted amongst nearly 1,500 elderly Italian men and women with varying stages of memory malfunction. Those who consumed alcoholic drinks in moderation (throughout their lives) had a slower deterioration rate.

A recent medical study revealed that drinking a small amount of beer each day willhelp improve bone health. The study was comprised of people whose bone density was measured after consuming a certain amount of beer each day. One explanation of the results is that the beer’s plant hormones helps the bones, instead of the actual alcohol.

The idea that one can actually prevent obesity by downing a few cocktails a week may sound strange. But according to a study in the BMC Public Health journal, those who have at least five drinks per week are less likely to become obese than those who have only one or two-or are heavy drinkers. A number of statistics were used to pull this data, including one’s BMI (body mass index). But research is still ongoing. 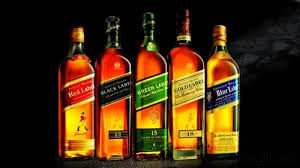 There is no way I would have believed that drinking whiskey could help prevent cancer. But I stumbled across this article in which scientists determined thatwhiskey has more cancer-fighting antioxidants than red wine.

Other studies have indicated that kidney cancer is less likely to develop in someone who drinks moderately. Perhaps this is because of the diuretic properties of most alcohols. But it should be noted that alcohol has been linked to increased risk of other cancers (oral, breast, and liver, for instance.)

The benefits of liquor just seem to get better and better. There now exists an alternative remedy to battling arthritis pain: gin and golden raisins. The “remedy” is one that should be tried at your own risk. But the recipe is as follows:

Pour golden raisins into a bowl and cover them with gin. Leave them for a week, allowing the gin to evaporate. Place the raisins into a jar that has a lid. Eat about nine of them per day to experience results.

It is believed that the berries used to make the gin are what activates results, as the berries are packed with vitamin C and natural oils used in anti-inflammatory aids. Others believe that it’s the combination of the grapes’ sulphides and the alcohol. Doctors haven’t ruled out the placebo effect. But it’s probably a tasty and natural option that doesn’t require a prescription.