Laughter is the Best Medicine: The Real Health Benefits of Laughter

Studies and Findings on the Effects of Humor on Health 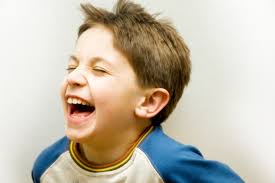 Much has been said on laughter being the best medicine; but can humor really help you improve your health?

Beyond the obvious “feel-good” properties of amusement and laughter that humor can have on a person’s psychological health, humor has demonstrated physiological benefits as well. In the 13th century, Doctor Henri de Mondeville believed his patients recovered faster after surgery with a good dose of humor. In the 1903, psychologist William McDougall stated that laughter stimulated the cardiac and respiratory systems.

Today, the scientific study of laughter has expanded into its own field of research, called “gelotology,” from the Greek word gelos, meaning “laughter.” In the 1930s during the field’s first scientific humor research studies, it was found that the initial effect of laughter is stimulatory. Laughter increases pulse and respiratory rates, then provides relaxation as it subsides. In the 1960s, Dr. William Fry found that laughter resulted in increased ventilation, muscle activity, minute volume, and forceful exhalation that could mobilize secretions.

After the 1960s, more research was conducted on the “mind-body connection”: how our mental state significantly affects our physical health and well-being. From this, the field of psychoneuroimmunology (PNI) study emerged. Evidence gathered from these studies proved that a mind-body connection exists, and that the mind and body communicate with one another through a bidirectional flow of hormones, cytokines, and neuropeptides. This bidirectional communication indicates that mood, thoughts, emotions, and beliefs truly impact a person’s health and well-being.

PNI research has led to the modern breakthroughs on the impact of stress on health. Stressful events cause a person’s nervous system to prepare for “fight or flight”: when faced with acute physical or emotional stress, the adrenal gland increases cortisol secretion, and heart rate, blood pressure, and appetite increase. The stress of a threat, whether real or perceived, activates the general adaptation syndrome (GAS), which then activates the hypothalamus-pituitary-adrenal (HPA) group to release adrenocorticotropic hormone (ACTH), leading to greater cortisol secretion and its subsequent effects.

Once upon a time, this “fight or flight” stress response helped humans adapt to life as being both predator and prey. For modern, industrialized man, however, it hurts more than helps. The constant emotional stress from hectic schedules and balancing work, home, family, and personal pressures causes overstimulation of the HPA group, leading to excessive cortisol levels that can suppress the immune system and make the body more susceptible to infection and disease. 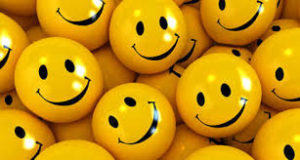 Fortunately, you can combat the immunosuppression effects of stress with a simple dose of humor. Research indicates that humor and laughter increase the levels of immunoglobin IgA, IgG, IgM, killer T cells, and natural killer (NK) cells in the body. Studies conducted in 1989 and 1993 showed that laughter helped to increase levels of IgG, IgA, and IgM up to 24 hours afterwards, increased NK cell activity, and increased gamma interferon. At the same time, cortisol secretion decreased.

For myocardial infarctions (MI), patients who viewed self-selected humorous videos as an adjunct to standard cardiac therapy showed fewer episodes of arrhythmia, lower blood pressure, lower urinary and plasma catecholamines, less need for beta blockers and nitroglycerin, and lower incidence of recurrent MI than a control group that didn’t use humor. Laughter had the effect of dilating blood vessels and increasing blood flow. One doctor found that one minute of hearty laughter even brought is heart rate up to the same level as 10 minutes of rowing on his home rowing machine!

As research continues to uncover more physiological benefits to laughter, one thing us clear: laughter really is one of the best (and cheapest!) medicines.