The Many Health Benefits of Honey

Much like garlic, honey is a miraculous food that has also been used for medicinal purposes since ancient times. Hindus, for example, believed that honey was one of the greatest overall tonics for the body, and the folk medicine of India today still acknowledges its importance. In Arabic countries, Mohammed is quoted as saying that honey is a remedy for every ilness of the body just as the Koran is the remedy for every ilness of the mind.

It has, indeed, been prescribed for nearly every conceivable malady at some time or another throughout history. It has served as a laxative, pain reliever, and cure for snake bites; it’s been used to calm taut nerves and lull insomniacs to sleep.

Although some of the healing powers attributed to it by peoples of antiquity have since been discredited by modern science, other uses have survived. Honey’s value as an antiseptic, for instance, has been confirmed in the modern day. It contains hydrogen peroxide, a trusted weapon against germs. Also, honey absorbs moisture – even from the air. Because bacteria need water to survive and multiply, honey can kill them off by depriving them of necessary moisture.

Other medicinal uses of honey that have carried over from ancient times include the treatment of sore throats, coughs, and hoarseness. The classic folk remedy consisted of a hot tea made from one cup of water, one teaspoon of lemon juice, one teaspoon of honey, and three cloves all steeped together. The makeup of this tea doesn’t really differ that much from many modern-day commercial cough drops. 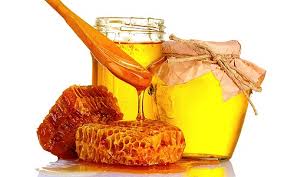 Aside from its value as a medicine or a preventative, honey is a healthy food in its own right. People who are adverse to foods with additives and preservatives tend to like honey because it can remain fresh for years and years – provided it’s sealed and stored in a dry place – without any preservatives at all. What’s more, it can be eaten without any preparation.

Though honey is composed almost entirely of sugar and water, its sugars – leculose and dextrose – are simple and more easily digestible than complex sugars like sucrose, which is found in ordinary table sugar. As a result, the energy contained in honey is almost immediately available for the body to use because its sugars are absorbed into the bloodstream straightaway. For this reason, honey is eaten as an expedient energy source by people whose work requires a lot of strength and endurance: marathon runners, deep-sea divers, mountain climbers, explorers, and long distance swimmers.

Though honey contains a host of trace minerals (derived from the rich variety of flowers from which it’s originally made), nutritionists debate whether the amounts are sufficient to make a difference in the human body. Perhaps in time that argument may be settled; perhaps, too, scientists may come to confirm that more of those ancient beliefs regarding honey’s medicinal value have a basis in fact.