Is the Internet a Threat to Your Child’s Health? 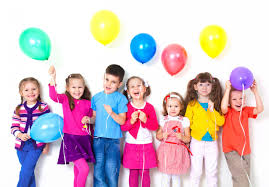 Before any further discussion, take this with a grain of salt. These results were compiled in the latest C.S. Mott Children’s Hospital National Poll on Children’s Health by surveying adults and asking them to rank 17 concerns. That’s one study with some obvious short-comings.

The other reason this is surprising, is that Internet Safety seems less permanent than the higher ranking risks. As John McBridge of the Charlotte Observer says, “Computers you can turn off. Cancer, depression and AIDS you cannot.” While many things seem like the all-consuming end of the world to a teenager, the biggest users of social networking, most of these issues are not.

However, sometimes Internet activities can leave permanent scars. Some kids – although not as many as the media hype would lead us to believe – are taken advantage of sexually. Even worse, in two recent cases teenagers were encouraged to commit suicide. The Sunday News in NZ reported this week that two 15-year-old secondary-school students were tricked by another girl into believing two teenage boys whose online profiles she’d created with scanned photos of magazine models had become their online boyfriends. The scam was discovered by the mother of one of the victims, according to the Sunday News, when she “found a scalpel under her daughter’s mattress and an email on the teen’s computer from her ‘boyfriend,’ instructing her how to kill herself.” The girl was part of a suicide pact with this non-existent boy. This is one of the worst cases of cyber-bulling yet to come to light. 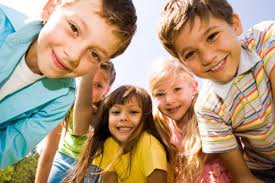 Other cyber-bulling might cause emotional distress, sometimes severe enough to force a child to change schools. This kind of emotional abuse is hard to quantify, but could be considered a health threat.

Internet safety is a relatively new health concern in relation to other health issues and received a poll ranking of 7th overall in the top 10 big health problems for children. Women were more likely to rate it as a big problem; 32% report Internet safety as a big problem compared with only 21% of men. Internet safety had no differences in proportion of concern by education status, income level or marital status.

June is Internet Safety Month. While you may or may not feel that Internet Safety is a serious health concern for your children, it is still a serious concern. Take the time to check out sites like Common Sense Media (http://www.comonsensemedia.org) that provide guidelines for parents and talking points for current media issues such as movies and websites. For Internet Safety Month they have put together an Internet Safety Guide (see the resources section of this article).