As a college student, there is a lot of uncertainty in 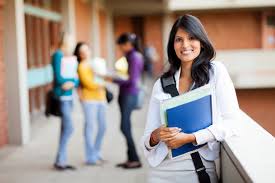 my life. This uncertainty results in plenty of questions. What do I want to do with my life? If I manage to decide that, will I be able to get a job doing what I want to do? Will I be able to wake up for that 8:30 AM class on Monday? Is grad school a good option after college or just a poor investment that sinks me deeper into debt? Is the Wire the best show ever, or is it the West Wing?

I’m partial to the Wire, but the current, real life version of the West Wing recently injected a large amount of certainty into one aspect of my life that was anything but certain before Tuesday’s passage of the health care reform bill.

I have dealt with a chronic pain issue among other things for the past several years of my life. The sleepless nights spent worrying about the next test and the hours upon hours in doctor’s offices waiting for the next opinion were often nearly as excruciating as the pain itself. However, I always had my friends and family by my side and the security of a good, reasonably priced insurance policy offered through my Dad’s job. We only have to pay an $800 deductible for my entire family, and the premiums cost $300 a month, reasonable prices for the coverage we get. However, as the issue dragged on over the years, I began to wonder about what I would do about health care when I was no longer a college student.

I do the best I can to educate myself about a variety of things, but I found that the more numbers and “facts” regarding health care I looked at, the more confusing and nonsensical things became. People seemed so focused on little numbers that they were forgetting big picture issues that concerned people like me. For example, if I was working, would I be able to afford insurance that would sufficiently cover the necessary treatments for my condition? Would I be denied insurance altogether for a preexisting condition? If I went to graduate school, would there be any plan I could possibly afford on a budget that would barely allow for Ramen noodles?

The passage of the health care reform bill answered all these questions and more. According to section 1001 of the health care bill, if I decide to take a lower income job, I’ll still be able to get competitively priced health insurance that gives me the coverage I need. I also no longer have

to worry about insurers being scared away by all the scans, tests, and diagnoses I have received, since according to section 2301, they will soon no longer be able to deny me coverage because of a preexisting condition. I don’t have to think about being uninsurable and one freak event away from bankruptcy. Also, according to section 1004, I can remain on my parent’s insurance until I am 26 years old, meaning I can count on the same good insurance I’ve had since childhood until the age I would be leaving graduate or medical school.

This newfound security gives me that much more reason to look forward to all the good things I could do for the world, as opposed to dwelling on all the ways that my condition could limit me. I’m fairly certain it gave everyone my age struggling with chronic illness at least a glimmer of that same hope.

Also, a provision in the health care bill, section 2001, cuts the middle-man out of the student loan process, saving the federal government over $61 billion. They also made student loans of all types more affordable by decreasing the amount borrowers would have to pay off per month from 15% of income to 10% of income. 5% may not seem like much, but it makes going to medical school seem far more financially feasible for me.

Overall, health care reform gives me more freedom, not less. I feel like I have a much better chance now of getting the treatment I need without having my medical condition be the defining factor of my life. Since my medical condition and the pursuit of care won’t define me anymore, I can be recognized more for my strengths, and not my weaknesses.