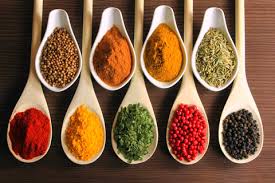 Borage, or starflower as its popularly known, is native to the Mediterranean and northern Africa. Easily recognized, borage’s summer blooms are its most attractive feature. Bright blue, star shaped blossoms immediately catch the eye of the beholder, and have five triangular petals that are accentuated by the black anthers forming its center cone.

Today, the borage plant is cultivated around the world. It thrives in sunny areas and has no need for special soil, making it the perfect addition to any garden. A perennial, the borage will appear year after year and reseed after its introduction in your flowerbeds. Attaining a height of up to three feet and spreading across approximately twelve inches, initial planting should include more than one rootstock as the plant is most often grown in bunches for protection against the wind. Left unchecked, mature plants will seed themselves freely and possibly invade areas they weren’t meant to occupy.

A favorite with gardeners, borage is hailed as a natural insect repellent that protects vegetables from insect damage and consumption. In this age of organic foods, the borage plant has regained its value as an insecticide. Spending hundreds of dollars on products that in essence contaminate a crop with chemicals makes no sense when the entire process can be done both naturally and cost effectively. Borage provides additional help in the garden due to its attraction for honeybees, a benefit that insures pollination of surrounding plants. What more could a gardener ask for?

Historically, borage was used to induce relaxation and fortitude. Steeped in wine and various liquors, it was a favorite for those traveling on long journeys. Commonly believed to instill courage, it was also enjoyed by soldiers going into battle. The Celts so valued the plant that it was considered a vital food while on campaign. During the Middle Ages carefully prepared borage tea was served to competitors before jousting to boost morale and induce that “extra” bit of courage before the joust. Medieval physicians recommended the herb to restore energy and cheerfulness.

Pliny claimed that borage wine made a man “merry and joyful,” and the ancient Romans coined a popular phrase that is still cited today, “I, Borage, always bring courage.” Some believe that borage is in fact Homer’s nepenthe, an herb that when steeped in wine provided forgetfulness. Later, in the 17th century, John Evelyn alluded that the use of borage might alleviate the fears of hypochondriacs.

History aside, today borage is used for a number of medicinal purposes. Borage leaves serve as a natural diuretic, increasing the production of sweat and urine. They are also believed to stimulate adrenaline, which in turn provides relief from stress and possibly relieves the aftereffects of steroid therapies. Borage seed oil contains the polyunsaturated fatty acids said to benefit those suffering from metabolic problems such as obesity, PMS, eczema, high blood pressure and alcoholism. It also foments lactation. Other uses include the relief of sore throats and chest congestion, not to mention its sweat inducing properties that are believed to aid in the breaking of fevers. 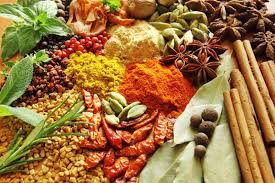 An excellent source of vitamin C, borage leaves are also rich in organic calcium and potassium. Flavonoids, also prominent in the plants dark green leaves, are known to strengthen one’s ability to fight infection, while borage’s silicic acids promote hormone production and produce balance in those suffering from mood swings.

When planted in your garden, it is recommended that borage leaves be gathered prior to appearance of flower buds. Leaves should be gently handled to prevent bruising and used immediately, although there are a number of ways to prepare borage and increase its longevity for use. Borage should never be dried or frozen (although freezing borage leaves in ice makes an attractive beverage garnish), but it is easily preserved in vinegar.

Borage, also known as the “cucumber herb,” can be used in a variety of ways. Its blossoms create beautifully colored blue vinegar, whereas its leaves produce an emerald green vinegar complemented by the subtle flavor of the cucumber it’s named for. Purchasing just the right case of bottles will leave you with a number of beautiful ready to go gifts.

Borage’s use is favored in salads and soups as well. Its exquisite and edible blue blossoms will add color and beauty to your favorite salad (remember to remove the sepals), and enhance the flavor of your best-loved soups. Borage leaves make an unbelievably tasty addition to cucumber salads, and may be used whether the recipe calls for either plain or pickled cucumbers. When using borage leaves is it best to sprinkle them over the already prepared dish or stir them shortly before serving. Borage loses a large portion of its aroma and flavor when cooked, so use it carefully.

Teas made with borage mixtures prove to be not only delicious but healthy as well. The combination of borage and Echinacea (mixed with equal parts of borage leaves and Echinacea powder), brewed in hot water, steeped for ten minutes and sweetened with honey is said to calm the nerves and alleviate a number of medical symptoms. A sweat inducer, borage helps to reduce fever. Its properties are also said to help the body ward off a number of viral infections. Consuming this mixture of tea combats measles, mumps, chicken pox, cold and flu.

As with any other natural remedy, the use of borage for medicinal purposes should be preceded by a discussion with your doctor.