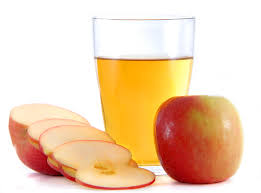 Apple cider vinegar has powerful bacteria-fighting properties which help detoxify the body. Detoxification is essential to weight loss because it eliminates toxin build-up that settles in the body’s intestinal tract. An overabundance of toxins can inhibit the body from properly metabolizing and can adversely affect a person from releasing these toxins.

Over time, toxins and undigested fecal matter settle in the colon, and eventually add unhealthy pounds on the body. According to Dr D. C. Jarvis, author of “Folk Medicine: A Vermont Doctor’s Guide to Good Health,” a person should take 2 tsp. of apple cider vinegar mixed with water before every meal, to cleanse out the body’s systems and to keep the body at a safe weight.

According by Jarvis, apple cider vinegar as a hot compress can relieve aching joints and reduce body pain and inflammation. Its detoxification elements have also been reported to reduce allergies and sinusitis symptoms, and fight cancer, fatigue, high cholesterol and digestion ailments. WebMd.com notes that some people suggest detoxifying the body with apple cider 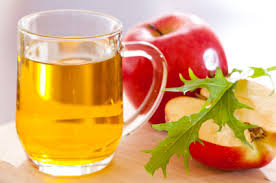 vinegar and that it “can be used in enemas,” but warns the safety of these treatments is unknown. Consult with a
physician before using these treatments, as apple cider vinegar could interact with diuretics, laxatives, and medications for diabetes and heart disease.

Pure apple cider vinegar can balance the body’s pH levels because of its alkaline state and anti-bacterial, anti-fungal, and anti-viral properties, according to vinegar proponents. Jarvis recommends mixing 1 to 2 tsp. of pure apple cider vinegar into an 8-oz. glass of water and drinking this concoction three times a day tobolster the immune system during illness.