Who Has the Legal Right to Decide Health Care Issues for a Minor? 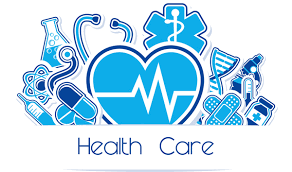 A female child, under 16 years of age, has been dealing with a number of health issues for several years. Among them are STDs, bipolar, pregnancy/miscarriage, suicide attempts, and newly discovered cervical cancer. She has a history of drugs and alcohol and is about 4 weeks into another pregnancy. She has been expelled from school and is suppose to have home-schooling three times a week. These are canceled most of the time because she is either not at home, or is not able to function that day.

This child has decided not to have any treatment for the cervical cancer as this would prevent her from being able to become pregnant in the future. She has also decided to have the baby. Apparently she does not understand the ramifications involved if she does not have the cancer surgery/treatment with regard to the safety and health of the child she is carrying as well as her own.

There have been numerous professional people involved in the ongoing care of this child. Various doctors, psychiatrists, Social Services, Child Protective Advocates, the courts, a mentor and school councilors have been looking out for the welfare of this child for at least 3 years. In spite of the fact that she has a history of drugs and alcohol, and has anger management issues and suicide attempts, nobody has taken these red flags seriously enough to protect her from herself.

The parents of this child are divorced. They are also dysfunctional. Problems have existed in this family from the beginning. An alcoholic mother and a father who usually holds two jobs to make ends meet, along with two children who have been out of control since they were toddlers, make up this family unit. Add to that fact both parents are involved in other relationships, this becomes a toxic atmosphere of almost monumental proportions for the children, especially the female child. 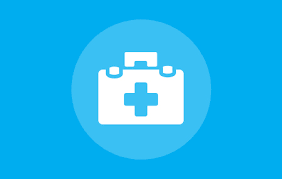 It has become a battle of the wills and the parents are the ones to give in. They have convinced themselves they cannot do anything with this child. One would think with all the professional help involved, this child would have been placed in a facility where her health and education would be the main concern. However, when faced with that choice, the father, who has custody of the children, insists that she is doing much better and seems to be straightening out. He is actually terrified of doing what needs to be done to save this child.

Is this child old enough to make the decisions involved regarding her health and the health of the baby she is carrying? Do the parents have a right to intervene? Do the courts have a right to step in and make the decisions for all concerned? Clearly this child is not capable of making intelligent decisions concerning such serious issues as cancer and the possible consequences to the baby.

It would appear that this is a case of neglect and mishandling by all agencies involved. Should there be legal avenues to pursue? Just who is suppose to be responsible when the life and future of a child is at stake and the parents have contributed to the problem rather than trying to solve it?