The Amazing Health Benefits of Wasabi 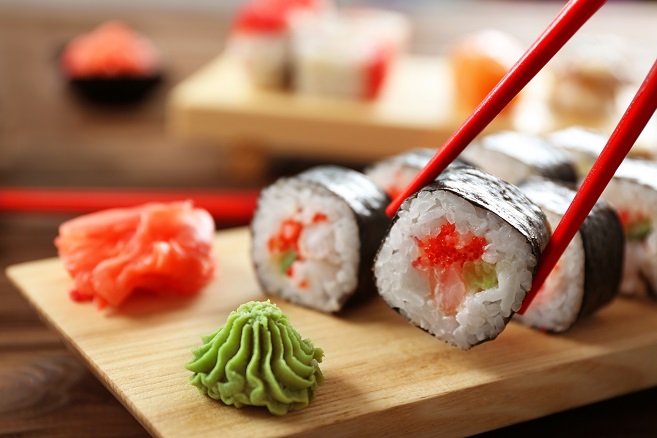 Delicious sushi set on wooden board

It’s a common accompaniment to sushi, but has a distinctively uncommon taste. Some people are initially a little intimidated by the green horseradish paste called wasabi that’s served with their sushi, but it’s hard to deny the good things it does for the body. What are the health benefits of wasabi? 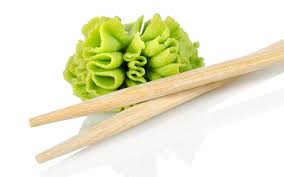 Wasabi is a root vegetable that’s ground into a thick paste to create the uniquely flavored green sauce that rests beside a piece of sushi at a Japanese restaurant. When it comes to health, it’s in good company since it comes from the same family as broccoli and cabbage – two of the healthiest vegetables on the produce stand. Most people recognize the flavor of wasabi as being distinctively hot. For this reason wasabi is an acquired taste for some; but once they take to its spiciness – many become addicted. Nothing clears the sinuses better than a taste of wasabi!

The Health Benefits of Wasabi: It Prevents Cavities

Lurking within your mouth is a bacteria called Streptococcus mutans that’s responsible for those annoying cavities that land you in the dentist’s chair. According to lab studies, wasabi helps stop the growth of these unwanted mouth bacteria. Wasabi is high in natural chemicals called isothiocyanates that have a variety of health benefits. In this case, the isothiocyanates keep sugars from sticking to the teeth which reduces cavitiy formation. The good news? Eating sushi could help to reduce your dental bill.

The isothiocyanates found in wasabi have some pretty powerful anti-cancer properties. They exert their effects by activating liver enzymes that break down cancer-causing chemicals into harmless ones that won’t harm the body. They also block cancer formation at several other steps – and also help to reduce inflammation which can also fuel cancer growth. Keep in mind that this was shown in the laboratory and more studies are needed in animals and humans.

The Health Benefits of Wasabi: Good for the Heart

When platelets clump together abnormally, it causes clots to form that can lead to a heart attack or stroke. Wasabi to the rescue! Wasabi helps to stop platelets from sticking to one another which can lower the risk of stroke and heart attack. 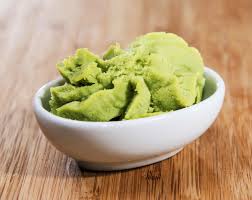 Benefits of Wasabi: Can It Help Arthritis?

Evidence suggests that diseases such as arthritis that are associated with inflammation can be improved with a diet rich in natural foods with anti-inflammatory properties such as wasabi. The isothiocyanates in wasabi block inflammatory pathways – which can bring relief for the achy joints of arthritis. Other diseases that may be helped by wasabi is inflammatory bowel disease and even asthma.

It may be tempting to rush out and buy wasabi to ease your ailments. That may be a little premature, but adding a little green horseradish paste to your diet might be wise. Be careful when you purchase wasabi. Some of it consists mostly of mustard that’s been dyed green. It may be safest to buy it from a reputable dealer online to make sure you’re getting the real stuff.