An Inside look at Tinnitus Retraining Therapy 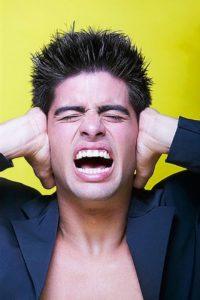 Tinnitus is a hearing condition that’s described as a buzzing or ringing sound that can affect one or both ears, without an external source. Tinnitus affects around seventeen percent of adults and about thirty percent of all geriatric patients. According to studies, only twenty percent of people affected with tinnitus will be bothered by it. Individuals who suffer from severe cases tend to find the noise very distressing and describe it as highly debilitating.  The eighty percent of people who are not bothered by this condition often treat the constant noise like common other sounds to which they are accustomed to. TRT, also referred to as retraining therapy, is used as a form of treatment for the percentage of patients who have difficulty coping with tinnitus.

What you can expect from Retraining Therapy

The goal of therapy is to eliminate the distress caused by tinnitus to the point where the internal noise is no longer relevant or noticed. This type of treatment will involve an initial evaluation, use of external sounds and the use of sound generators and regular counseling sessions. Treatment for this condition does not involve drugs or surgery.

During retraining your specialist works by retraining the subconscious portions of the brain, teaching it  to ignore the sounds caused by this condition, allowing a manner of progress in which the patient is no longer aware of or annoyed by the noises tinnitus causes.

Hearing tests will be performed and will include an extensive audiogram, in addition to a number of  ordered tests which will allow the physician to determine the degree of tinnitus the patient suffers from. The tests start by using low-level sounds that progressively get louder. These tests will be performed by an audiologist, who is trained to work with patients who suffer from tinnitus.

The initial counseling that takes place will provide the patient with information regarding the causes of tinnitus and can help to explain exactly how TRT works, in addition to teaching the patient how they can control this condition. The counseling portion is an essential part of the treatment process. Usually, cognitive behavioral therapy and biofeedback sessions will also be included and will help the patient to learn how to reduce and manage the stress that’s associated with tinnitus. 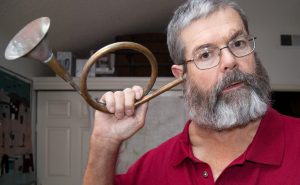 Biofeedback treatment teaches the patient how to reduce emotional responses that usually occur with this condition. This can include relaxation techniques and meditation. With the use of sensors, biofeedback measures through the tension in the muscles that occurs because of tinnitus, in addition to other physiological symptoms of stress and will then provide visual or auditory feedback to patients. With enough practice, a patient can learn how to relax with the help of the feedback.

The external sound from table top sound machines will be used at low levels in order to bring about changes in the patient’s subconscious hearing and not to mask the tinnitus. It will reduce the contract between complete silence and the tinnitus, working to slightly distract them from the ringing sound.