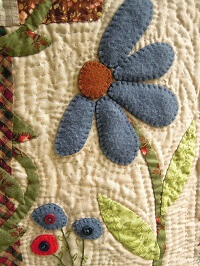 Most people think of tattoos when the term, “needlework” is mentioned. Did you know, though, that crocheting, quilting, and embroidery are also classified as such? The origins of embroidery date as far back as fifth century B.C. when the Chinese used the form of art to get in touch with their creative sides. The country was in a transition now recognized as the Warring States period, and the skill of adding finishing touches to fabric with needle and thread was quite valuable.

The Chinese used needlework to cope with the tension that eventually birthed the powerful Qin dynasty, and the Swedish revisited the craft in later centuries when migration became rampant in England. Many travelers used the art as an outlet when stress levels were high and times were hard.

Now, in this present century, artists make use of needlework to relieve tension and earn money. Check out this page to see what you can do with the craft!

All posts in "Needlework"